AV1 or HEVC? How to choose the best video codec

The last few months brought us a plethora of presentations, blogposts and articles (as you can read in our previous one) about the new AV1 codec. As of January 2018, the codec’s bitstream has been fixed by its working group, the Alliance for Open Media, meaning that companies can start integrating this new, promising standard into their products.

However, it might not be clear what exactly to expect from it, when to prefer it over the HEVC codec (the current industry standard) or when they should make the switchover. A lot has changed since AV1 was first announced in 2015 and HEVC still hasn’t fully replaced its own predecessor AVC. Given the highly dynamic and political environment around these video codecs, the time has come to shine a light on both HEVC and AV1 and compare them from different perspectives that actually matter to the user.

A BIT OF HISTORY

In order to accurately compare HEVC and AV1, let’s take a short look at their (recent) respective histories. HEVC (or H.265, as the technical standard is called) is the spiritual successor of the still popular AVC codec (H.264). These codecs were developed by the MPEG and VCEG groups, renowned heavyweight groups in videoland responsible for numerous other standards, (DASH, MP4, DVD’s MPEG2).

On the other side, the recently formed (2015) Alliance for Open Media, backed by an increasing number of global companies, such as Adobe, Amazon, Google, Facebook, Cisco, Mozilla, Netflix, Nvidia, developed the AV1 codec as a successor to Googles’ VP9 codec, which failed to gain widespread adoption. Originally trying to put VP9's lesson-learned into the VP10 codec, Google later decided to join the AOM to create the "royalty free" AV1 codec, which led to a lot of important video-related companies to jump on the AOM bandwagon.

Why changing your video codec?

Given the resolution limit of AVC, the availability of faster hardware and numerous advancements in compression techniques and new technologies like HDR, VR,etc…, it would seem natural for the industry to move away from AVC towards HEVC, preferably as fast as possible.

However, patent licensing on video codecs is becoming increasingly expensive and tedious: this is one of the main reasons why AVC is still used, even though its successor has been in place for almost 5 years. AOM’s AV1 has been carefully designed to be more performant than HEVC as well as not to violate any of its patents and, in addition, it’s royalty free and open sourced.

One of the biggest AOM strengths is being backed by the industry leading companies: even Apple, which in July 2017 announced HEVC support for HLS, surprised everyone in the beginning of this year by joining the AOM. With all major browser vendors adding support for AV1 and hardware decoders expected in the next year and a half, it’s safe to say that the industry transition from HEVC to AV1 will happen much smoother than the transition from AVC to HEVC.

The difference between HEVC and AV1 -technically speaking

Next up, let’s try to technically compare the two codecs.

Of course, AV1 is a much newer codec, meaning that (at the time of writing) any hardware encoder/decoder implementation is at least a year of. However, if you need realtime encoding for a live stream, HEVC is still the only choice for now. Major browsers are releasing the first AV1 software decoders but these are much slower and (energy) inefficient and, in addition, the most modern GPU/CPU platformS from AMD, Nvidia, Intel, Apple, Qualcomm, etc all have (decoding) hardware for HEVC. 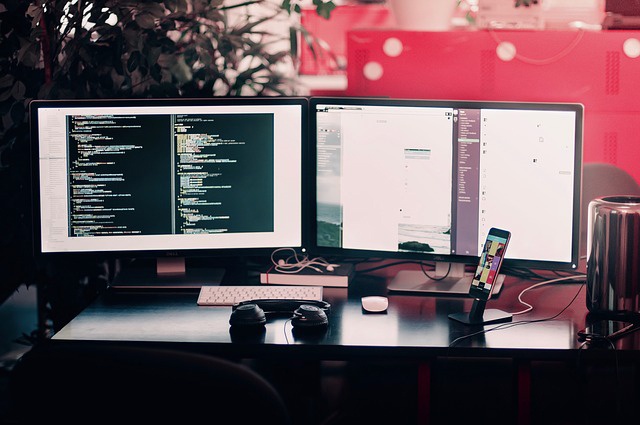 On the other hand, AV1 manages to save up to 30% in bandwidth for the same image quality in HEVC, although, initially, a much higher bandwidth saving was predicted, around 50% smaller than HEVC. AV1 also uses quite a different number of ‘concepts’ in its design to carefully avoid any HEVC or AVC patent infractions. This is partly achieved by extending on the (patented) technology of VP9 and VP10 as it was developed by Google. The algorithms used in AV1 can be quite more advanced than HEVC, thus it requires more powerful hardware. As for the container format, while HEVC uses the MPEG establishments MP4, AV1 will probably use the WEBM format, developed by Google, Microsoft, Mozilla (all AOM partners) and Opera, that has the same open design philosophy.

...Will have to fight for a spot in the soon-to-be hegemony of HEVC and AV1 by offering a really sweet performance improvement in decoding/encoding speed, demands and compression level. And have an amazing marketing team if they want to include any patented technology. As for now, possible alternative codec include the royalty-based XVC (Extreme video codec) codec developed by Divideon or the JEM (joint exploration model) project of the JVET (by MPEG and VCEG). The former already has an online demo, the latter aims to produce a successor of the HEVC codec.


What is the best video codec, then?

In short: if you want a cutting edge, next generation codec and are limited by licensing and bandwidth costs, AV1 is the way to go for you. On the other hand, if you want to support the most available (resource limited/ mobile) devices or have a need for real-time, low latency encoding, it would be better to stick to HEVC for the time being. The merits of an initial HEVC/AV1 duopoly should be considered together with a gradual switch toward AV1 (and its successors) as time passes by.

On our side, we at THEOplayer believe that AV1 will have a definitive and positive impact on the online video industry. Surely keep your eyes and ears open for news and performance reports about AV1, but for now, go with VP9 or H.265 or even look at alternative's such as V-Nova's Perseus codec.

Do you want to dive into our demos and check how the fastest and most updated online video player works? Click the button or, if you prefer, simply get in contact with us.