Live streamed events are generally delayed by 30 seconds or more compared to the traditional broadcast feed. This results in a spoiler effect during sports events, when you hear neighbors cheer for an action you haven’t seen yet, or when you already see commentary on social media before the action on your screen.

Online viewers are more likely to watch live events online if the stream is not delayed from the broadcast. 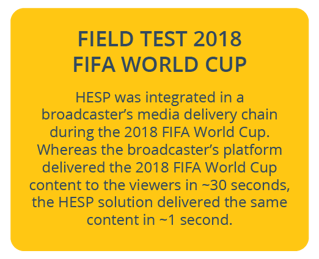 Fox Sports, who was broadcasting the 2020 Super Bowl, acknowledged that those streaming the Super Bowl would experience the action quite a bit later than those watching in the stadium. As per Limelight’s 2019 State of Online Video Report, 58 percent of online viewers are more likely to watch live sports online if the stream is not delayed from the broadcast. All these examples highlight the importance of synchronized playback of live events. Sub-second latency is especially important for solutions which replace in-person attendance to concerts, conferences or sports events, as it will enable real-time interaction to comment on the event and to engage, bringing an immersive experience.

Existing HTTP Adaptive Streaming (HAS) protocols use a segment-based approach. This means that a video is cut up into segments of a few seconds each. This approach leads to high zapping and switching times, causes bandwidth overhead and introduces increased latency. Instead of using a segment-based approach, HESP is a new HAS protocol which leverages a frame-based streaming approach. This allows for a much better viewer experience including sub-second latency. The figure below compares HESP to CMAF-CTE, LL-HLS, HLS, DASH, WebRTC and RTMP.

In order to compare latency achievements of HESP, we designed a test scenario where HESP is compared with CMAF-CTE using the same encoding settings, and a selected set of chunk and segment sizes for the CMAF setup. Both encoded signals are sent over RTMP to a packager on AWS. More details on the technical setup can be found in the HESP whitepaper.

The camera was pointed towards a millisecond accurate clock, for which the latency was compared with the video displayed in the player. As the results of this test indicate, the end-to-end latency for the HESP protocol is significantly lower compared to all CMAF-CTE configurations which were tested. 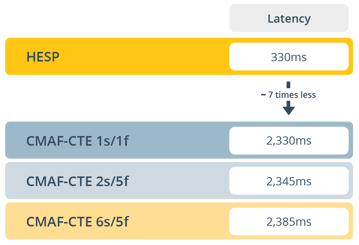 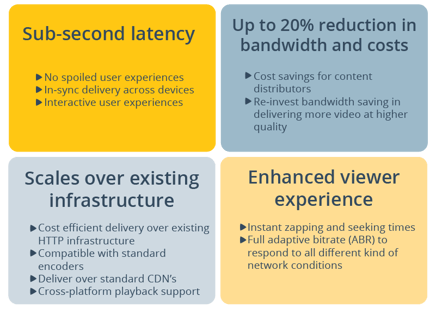 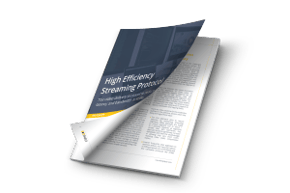 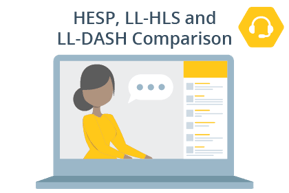 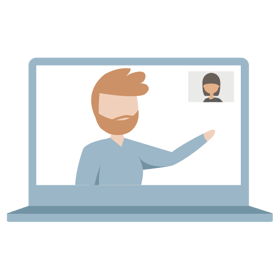